Chipotle’s Plant-Based Chorizo is Here, But How Does it Stack Up Against Its Vegan Fast Food Competitors?

I must begin this article with a confession. The only plant-based protein dishes I had previously eaten in my life can be counted on one hand. On two fingers actually; I ate an Impossible Meatball and an Impossible Burger, both during high school, and both were relatively painless experiences, but I had some mild qualms with the slight “offness” I felt with their textures.

I was inspired to review these options upon the release of Chipotle’s new chorizo. The fast-food industry is clearly approaching a make-or-break moment when it comes to its menu offerings.

This is all to say, of course, that I may not be an expert in identifying exactly what is different about this nearly entirely new food group for me. However, many of the options on this list did not make it difficult to rank, and I think even the most experienced vegan fast foodies will find themselves empathizing with my choices.

Here is my review of some of the plant-based fast food options that have recently hit the market:

This burger was brutal. It was a dry, chewy, and not particularly burger-y culinary creation that I truly struggled to finish. I had read heading into this date with destiny that the Impossible Whopper should be eaten with an extra sauce, a note that I must absolutely agree with.

Unfortunately, I did not add an additional sauce to my burger, although I imagine this Imposter Whopper would go down a little easier if it were drowned in a nice barbecue sauce, or perhaps a chipotle aioli brought from home. Are either of those sauces vegan? Probably not, so I may have just defeated the purpose of picking an imitation meat product, to begin with. With or without sauce, I would rather not eat another one again – 2/10.

The Starbucks Impossible Breakfast Sandwich was definitely better than it’s “Impossible” BK predecessor, but that did not make it good. What was helpful for me throughout the process was that I had also ordered a tea, and after struggling through the first few bites of straight-up impossible sausage (I really did try to maintain the integrity of this ranking for as long as possible), my following bites were accompanied by a sip of overpowering, hot mint tea.

The cheese, egg, and bread do their absolute best to make this sandwich bearable, but the tasteless soft-tofu-feeling sausage was a little hard to handle. I wonder if there is something about recreating the unique springy texture of processed pork or chicken sausage that is particularly difficult? For Starbucks’ sake, let’s say it’s that – 4/10.

Next: KFC Beyond Fried Chicken

Now we’re getting into the edible food section of this review. KFC’s new Beyond Fried Chicken truly tastes like a KFC chicken product. Somehow, the breading tasted potentially even better on this nugget than on the normal KFC products. My personal eating experience may be slightly skewed here because my nuggets arrived via personal delivery, and my friend who had gone to pick them up must have hit exclusively green lights on his drive back because the bag (and the nuggets inside) was still warm when it got to me.

The only thing that was left to be desired by this option is the texture. These things just do not feel like chicken nuggets; they are softer at times, denser at times, and a little rubbery all the time. That being said though, all fast food nuggets have something to them that does not actually seem like real chicken, which is why the texture here is not a deal-breaker for me, whereas it was a big problem with the burger – 6/10.

We have a winner, folks. And it is not even close. 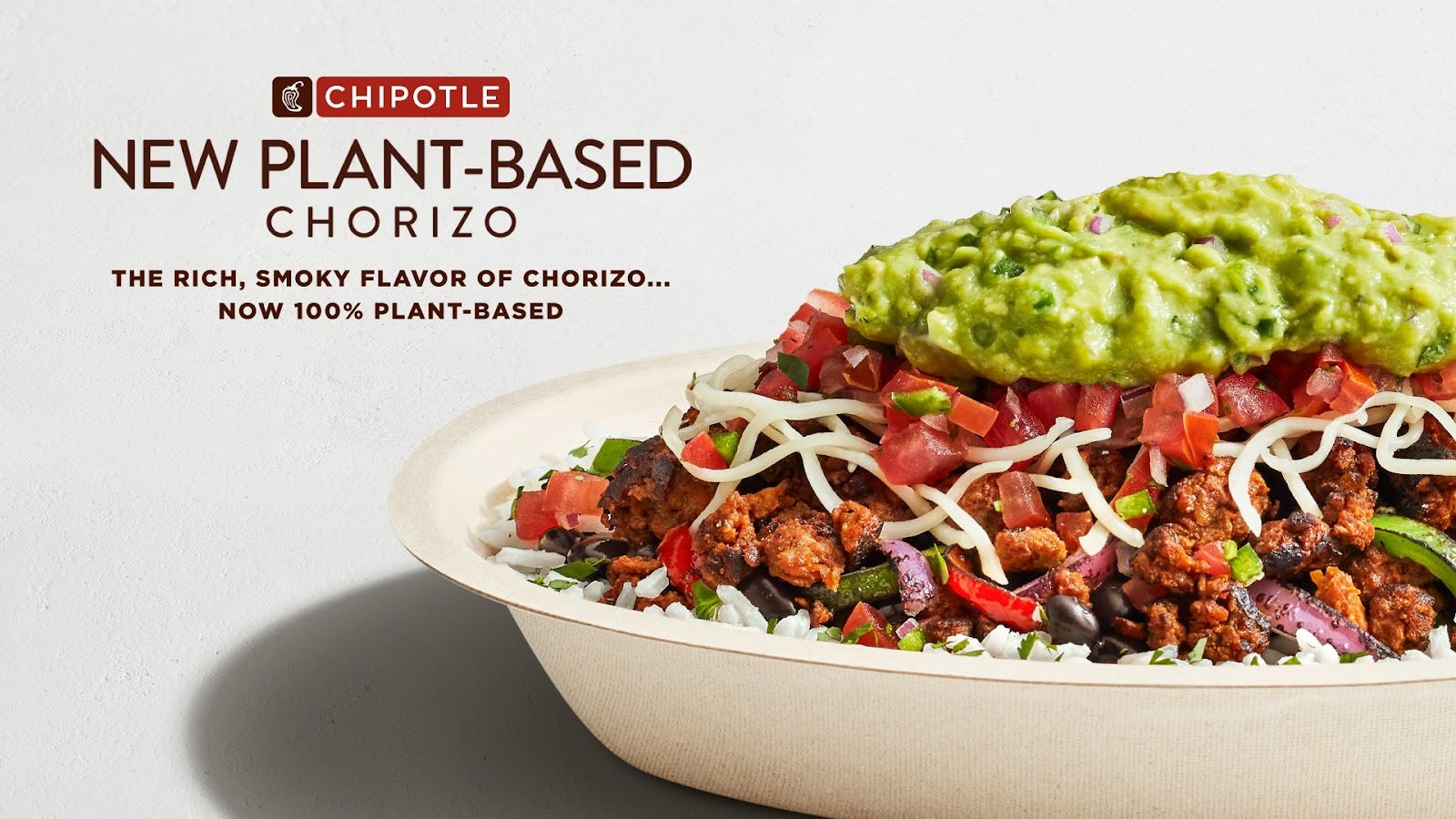 Either way, I actually enjoyed my plant-based chorizo bowl. The pure amount of things that are going on with a chipotle burrito bowl in the first place impacted my perception of the meal as a  whole; as the cilantro-lime rice, paired with black beans, peppers, salsa, lettuce, and the surprisingly spicy chorizo definitely distracted me from any other potential problems with the dish. The “chorizo” mostly tastes like real food, which is honestly all I’m looking for at this point. The chorizo on its own would likely come in a little lower (it does do a weird crumbly thing in your mouth) but given that we are taking a holistic view, I can quote myself following the first bite of my chorizo bowl, “This one wins.” – 8/10

Clearly, plant-based protein has a long way to go before it really competes with the real meat offerings. I often found myself wondering about the ingredients of these artificial protein choices, and I more than once felt myself wishing I was just eating a vegetable or something instead of some CVS-receipt length recipe made up of a laundry list of chemical compounds and plant extracts. [Read more about questionable plant-based ingredients here.] Especially because my brain understands the texture of those real ingredients, there is less of a need to experience the learning curve of how these things feel when you bite into them. I was impressed in my search to find that so many fast food places have even made the effort to sell something plant-based, but presently I do not think the experience is close enough to the real thing to start over-congratulating Burger King, Starbucks, KFC or Chipotle.

The best justification for why you should try these offerings is two-fold: one, you are serving your planet and making a more sustainable decision, and two, everyone’s taste buds are different and you might love all of these. I’d be shocked if anyone likes the Impossible Whopper though, it really sucks.

Agree with my rankings? Disagree? Any suggestions for what I should try next? Leave a comment down below and let me know your thoughts!

Are Crickets the New Kale? Here are the top Cricket-Based Snacks

Animal Language Translators Could Become a Reality, But How Useful Would They Be?

Animal Language Translators Could Become a Reality, But How Useful Would They Be?